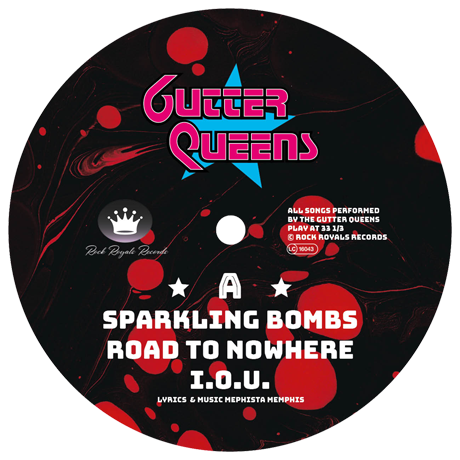 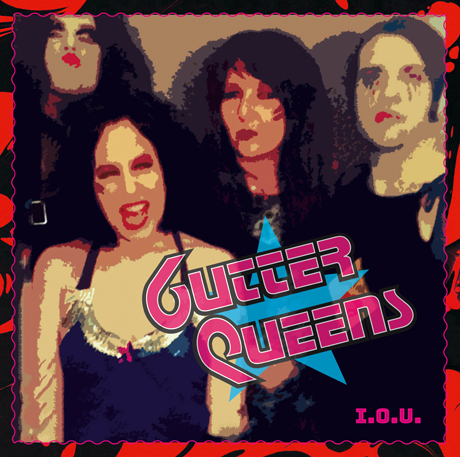 GUTTER QUEENS call themselves ROCK SLUTS and are probably the most exciting and spectacular band to come out of Switzerland. They're ready to conquer the world with lots of charme, make-up, high heels, feather boas, glitz and glamour and are the «New Definition of GLAM ROCK». With a sound reminding of the good old days when ROCK N ROLL was a LIFE STYLE, they create a fresh, high energetic and unique mix of 70s GLAM, 80s SLEAZE and a delighful dash of PUNK ROCK. Live they're a sight to see and outrage on stage: topped with glamtastic outfits an in-your-face attitude - that's wild Rock n Roll.

The GUTTER QUEENS have a fantastic media presence including several TV appearances, radio shows as well as interviews or live and album reviews in the international daily, weekly or music press. Sometimes tey get compared to bands like the STOOGES, HANOI ROCKS, CRAMPS and of course the NEW YORK DOLLS, which certainly had an impact on their attitude and music. Furthermore they count MÖTLEY CRÜE, TURBONEGRO and GUNS N'ROSES to their Influences. But they're much more than another band in the global rock circus. They have the guts to take the best there is and freshen it up with their own style. They innovate and create and have ATTITUDE.

They released various Demos and the two Albums VIVA LAS DIVAS and HOT IN  HOLLYWOOD which has sold-out in a short time. The GUTTER QUEENS contributed many songs for compilation samplers around the world, from Japan to the UK and from the US to Switzerland. Their songs are also likely to be chosen for soundtracks to extreme sport-videos (Moto Cross or Biking) in the USA.

The beautiful glossy black VINYL 12" I.O.U. is the latest album. Three new tracks and on the b-side the re-release of the sold-out HOT IN HOLLYWOOD.

Also available: VIVA LAS DIVAS 12-Track Demo as download in all online stores. Initially founded in spring 1992 as a local band in Schaffhausen but now located in Zurich the released a beautiful 7" single and the successful album HOT IN HOLLYWOOD. The ladder was also released as a Split-EP called RAISED ON PIN UP'S on ChangesOne Record UK. On the split-side was DANNY FRYE (RIP, Ex-Guitarplayer of the Yo Yo's, Sylvain Sylvain / New York Dolls) & the DEVILDOLLS. That album was a TOP-SELLER in pre-orders and has completely sold-out in a short time.

On various compilation samplers around the world, the GUTTER QUEENS are well known. They are part of the swiss DEFINITIV-Selection. GUTTER QUEENS have great experience as a live act. They toured exessively in Europe:

Be aware when those five hit a stage and play their dirty thrashy GLAMPUNKROCK, there is stands no leg still. «Dressed to kill», untamed, high energetic and very charming! THAT'S ROCK, BABY!

«The worst Mistake you could make is to ignore the GUTTER QUEENS. Amen!!!!!!» Glitzine WebZine / UK & Sweden